I finally got around to watch the film "Coraline". I had been putting it off because I was afraid that it would be too triggering. It wasn't. It gave me a lot of food for thought and brought up some old memories, not of my parents, but of a friend I had many years ago. We used to hang out with the same group of friends but I didn't know her very well. Then, all of a sudden, she took a shine to me. I say "all of a sudden" because it literally felt like a switch had been turned on. She would constantly call me to talk and to arrange outings. At first it was fun and l was flattered and amused by the attention but after a while I started to feel smothered. Before I had a chance to "plan my escape" though, she moved on to someone else. Just like that. Like a butterfly or a bee moves on to the next flower. I felt relieved. I guess that in a different set of circumstances I would have felt abandoned and let down, but perhaps because I was already feeling "choked" in the relationship, her moving on to someone else felt like a happy solution. Watching the smothering "other mother" reminded me a lot of that experience, of how at first the attention feels so good but after a while it feels like a straight jacket.
I see my experience reflected in Coraline's experience with the "other mother", in how she picks up the signals that something is wrong and frees herself from the tight grip of the "other mother". It reminded me of my relationship with Mr. Ego and how -just like the other mother- he never forgave me for freeing myself of his influence and control. The analogy of these types in the film is very accurate: how they use people to amuse/entertain themselves and then move on to whoever he holds their interest next (their new toy) once they've sucked up the soul of the previous one, but how they will still keep the "discarded" souls in captivity. (This made me think also of the character of Ursula in The Little Mermaid.)

I was discussing the film with a friend and she pointed out how people like the other mother can't pull the stunt on their own, but need a host of other people around them to help them create the environment/set up needed to deceive their victims. I can see that a certain amount of talent is required to create such a setting. That they use said talent merely to trap people is very sad. Instead of using their talent for good, they spend their lives designing a human fly trap.

Last night a friend sent me a link to a book about manipulative parents. Unfortunately, at the moment this book is only available in French (though I saw on Amazon that an English and Spanish translation might be available this September). The write up that my friend sent, had this phrase:

"these parents tend to make their children feel worthless, show little interest in their successes, and offer them no support when they are going through a difficult period."

That is the definition of my parents, simply put.

Email ThisBlogThis!Share to TwitterShare to FacebookShare to Pinterest
Labels: Books

Over the weekend I was watching an episode of Bones (tv series) that had this song in the soundtrack. I usually watch tv crime series with the subtitles on so as not to miss any of the details. A little obsessive, I know... but I have found lots of great songs this way, since the lyrics come up in the screen too. When the line "The Day You Make Your Peace With The Love In You That Died" appeared in the screen it stopped me in my tracks. I paused the programme and got on to google to try to find the song. So here it is:

It's a change
that reaches down and suddenly lifts you,
At the end
of a rainy day when you sat alone and cried.
It's a sign
that lets you know there is a life awaiting,
The day
you make your peace with the love in you that died.

Like a train,
That takes its time pulling out of the station.
It's a dream
that comforts you in the middle of the night.
It's a song
that carries you to a better emotion.
And now,
Now you know it's going to be alright.

Email ThisBlogThis!Share to TwitterShare to FacebookShare to Pinterest
Labels: music 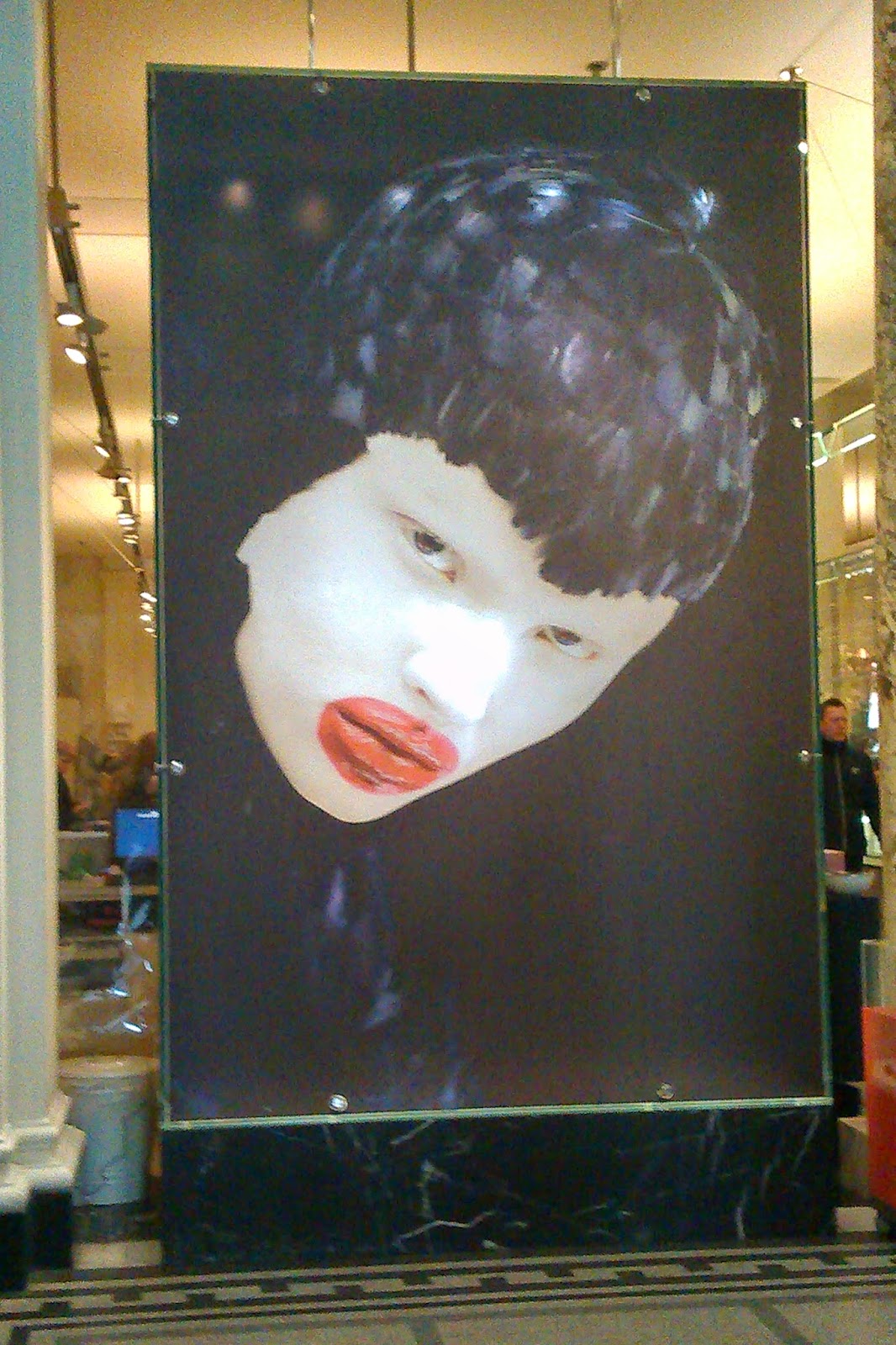 Yesterday I went to the Alexander McQueen exhibition at the V&A. I have to say that I have never been much of a fan of Alexander McQueen's designs. I had always dismissed him as the "Madonna" of the Fashion World. Someone who wanted to shock as a shortcut to fame. Fast forward to a couple of weeks ago when I read an article on his life that put his designs into a whole new perspective. According to the Andrew Wilson's biography: "At the age of nine or 10, McQueen started to be sexually abused by a violent man – Terence Anthony Huyler – who was married to his sister Janet. When he later confided in (Isabella) Blow, he said that this man stole his innocence. The young McQueen also watched powerless on several occasions when Janet was beaten or half-strangled by Huyler. Janet, who had no idea that her husband was abusing her little brother, remained close to McQueen all his life, almost like a second mother. Wilson convincingly argues that Janet became “the blueprint” for his clothes, a woman who was “vulnerable but strong”. Sometimes the women on the runway were McQueen himself, other times they were Janet. This, writes Wilson, “was the woman he wanted to protect and empower through his clothes; the patina of armour that he created for her would shield her from danger”. *

Learning about his background changes completely the way you look at his dresses. Suddenly, it all makes perfect sense. 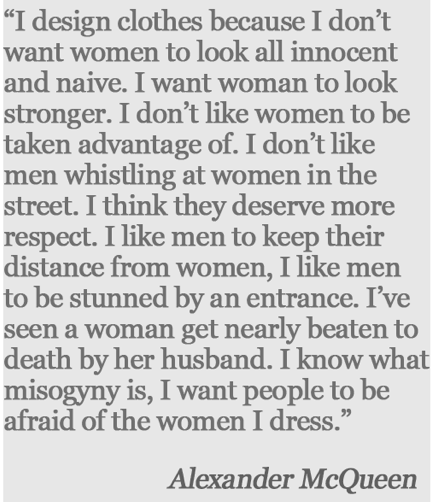 Sadly, Alexander didn't make it. He committed suicide in 2010 aged 40. I'm a year younger than him, and I didn't find out about Narcissism until 2012. Being thrown into the deep end of the fashion world so young, Alexander did not have the luxury of time as I've had. I can't imagine that being in that environment helped either. The ramifications of abuse, whether verbal, physical or emotional, take a devastating toll. The exhibition made no mention of the abuse in his past, and I think it's shame, because it puts all his work into an entirely different context.

* from The Guardian article: Fierce, feathered and fragile: how Alexander McQueen made fashion an art
Posted by Kara at 15:33 13 comments:

"To Be or Not to Be?" Is NOT the Question

A few months ago, I came across the famous Hamlet soliloquy. I've always had that ubiquitous mental image of Hamlet holding a skull and asking: "To be or not to be?" but I had never read the whole section (or seen the play for that matter...) I had heard the quotation cited endless times, but without never fully understanding its meaning. At face value, yes, but not the deeper meaning of the question. This time, when I read the soliloquy, something "clicked" inside my brain. I felt its meaning in a way that went down to the essence of my bones. 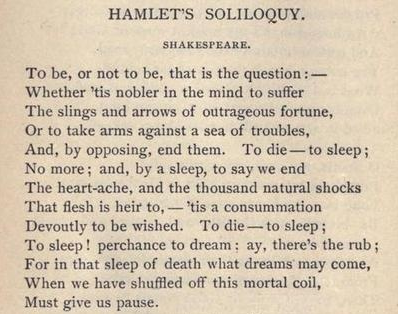 After Judy's comment on the previous post, I realise that the question is not whether "To be or not to be?" but rather how to be?
How to exist in the wasteland that appears after you take the "Red Pill"? How to live without letting it take over or define your entire life?

There are no easy answers to these questions, no shortcuts, no one-size-fits-all solutions. Nobody can give us the answers: they are as individual as our circumstances and personalities. We're going to have to find out for ourselves...
Posted by Kara at 18:08 8 comments:

Living With The Truth

I've just finished a book called "The History of Love" by Nicole Krauss. In it, there is a passage that describes so well how I feel now that I know the truth about my FOO.

"The War ended. Bit by bit, Litvinoff learned what had happened to his sister Miriam, and to his parents and to four of his other siblings (what had become of his oldest brother, Andre, he could only piece together from probabilities). He learned to live with the truth. Not to accept it, but to live with it. It was like living with an elephant. His room was tiny, and every morning he had to squeeze around the truth just to get to the bathroom. To reach the armoire to get a pair of underpants he had to crawl under the truth, praying it wouldn't choose that moment to sit on his face. At night, when he closed his eyes, he felt it looming above him."


Though, unlike Litvinoff, I don't think I have learned yet how to live with this truth. Working on it...
Posted by Kara at 14:37 5 comments:

Email ThisBlogThis!Share to TwitterShare to FacebookShare to Pinterest
Labels: Quotes

Over these last few months I have been doing a lot of decorating/renovating work in the house. One thing that came to the surface, as I got on with this work, is how much I procrastinate when it comes to renovate things and how much resentment and irritation I feel over it. Thinking about it one day, I wondered where this came from, since - realistically speaking- renovating and replacing things that break is an unavoidable part of life. Why was it such an issue for me? When I dug a bit deeper, I realised that this was a learned behaviour, a flea from my FOO.  My parents never took any joy in doing anything in the house. Since they rent, their mentality was that there was no point in "making it nice just to leave it to the landlord", (which would make sense if they'd only been there a couple of years, but have now been living there for nearly 40 years.) As I thought about it further, it struck me how Ns are like a Still Life painting: they don't learn anything new, they don't grow or change, they remain exactly the same as they have always been. When I think of my relationship with them, it's the same. It has remained at the same point that it has always been (not better, not worse) since as far as I can remember, and that it's odd, because when I think of my relationship with my husband it is completely different: we have changed and we have grown together and though we still have things to work on as a couple, we are closer than we were when we started our relationship. And that's how it should have been with my FOO. But it's not, because they're like 'static beings', stuck in a loop of their own creation, where everything is always the same and remains the same. They keep the 'loop' constantly in motion so as to give the impression of 'moving', but the loop is like a merry-go-round: it moves fast, but doesn't go anywhere.

They want their lives to look like a Still Life painting because that's what they live for: a "perfect" picture of themselves. Except that that only remains the same in the painting, the fruit the painter captured went on to rot eventually. In Spanish, the term for 'Still Life' is 'Dead Nature'. I wouldn't have put it better myself. 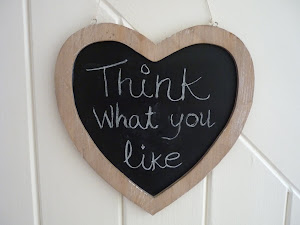 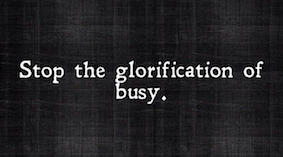